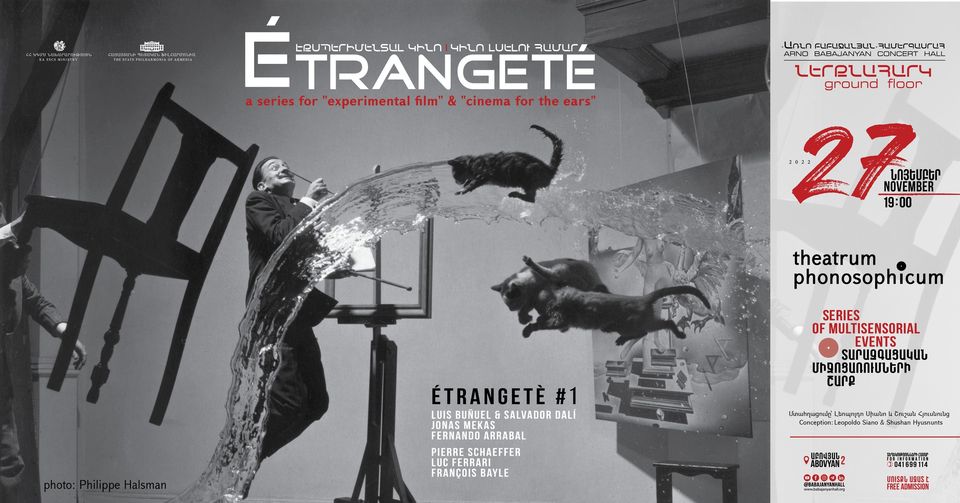 Experimental Cinema | Cinema For The Ears

Experimental Cinema | Cinema For The Ears

Where do the images come from? What is the difference between dream images and images perceived during wakefulness? Cinema, initially the art of moving images, can sometimes reveal a solution to the enigma…
In this series, we will present and discuss experimental films beyond the mainstream of commercial cinema: mostly the proliferation of images and events, rather than linear stories.
If the attachment to common structured meanings is obliterated, the proliferating images can slowly transform our state of consciousness…
Alternating with the avant-garde films, visionary acoustic artifacts of the so-called “cinema for the ears” will be presented (in particular from the French tradition): pure sound images projected into the space that wedge themselves into the recesses of the psyche.
• Free Admission
• For Information: 041699114